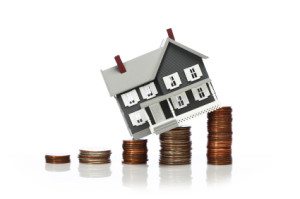 Home buying fervor has driven home prices to their largest annual gain since 2005, according to a recent article in the Wall Street Journal.

Now, experts are saying that home buyers and home sellers can expect price gains to level off in the wake of the home buying frenzy.

Meanwhile, the Case-Shiller index that measures home prices in 20 major metropolitan areas reported that prices increased 13.4 percent during that same period of time.

And another index, which is calculated by the Federal Housing Finance Agency, reported that prices increased 7.7 percent, to an eight-year high.

More News You Can Use

Here’s what else real estate analysts recently reported about the national housing market:

Experts say that the rising home prices are good in one sense, although they may also curb home buyer activity as homes become increasingly less affordable.

Still, in the long run, the leveling out of price gains is a good thing because it means a more stable and robust housing market.

We hope you stop by our blog again soon to get the latest information on national housing market activity.

We’re your national real estate experts and we’re here to help you make an informed decision on the market as a buyer or seller!